Back to Our People

Vaibhav joined Indxx in 2017 and currently serves as the firm’s Chief Revenue Officer and leads the firm’s product development efforts. He is also responsible for business development in Asia-Pacific and Europe. Amongst his achievements at Indxx, perhaps the most significant has been the growth of its Client Indices division. A seasoned indexing professional with a career spanning 9 years, Vaibhav started with Deutsche Bank in 2011 as a structurer, responsible for creating and managing commodity beta and enhanced-beta indices. After a short stint as an entrepreneur in the algorithmic trading field, he joined Morningstar Indexes in 2014, his most recent role prior to joining Indxx. During his time at Morningstar, he was instrumental in creating a range of products, including smart-beta equity, multi-factor, multi-asset, and more. Vaibhav is a CFA® charterholder and holds the CIPM® certificate issued by the CFA Institute. He is a Post Graduate in Management from the Indian Institute of Management, Indore and has a Master’s degree in Technology (Mathematics & Computing) from the Indian Institute of Technology, Delhi. 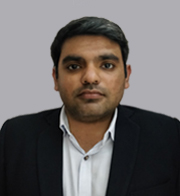